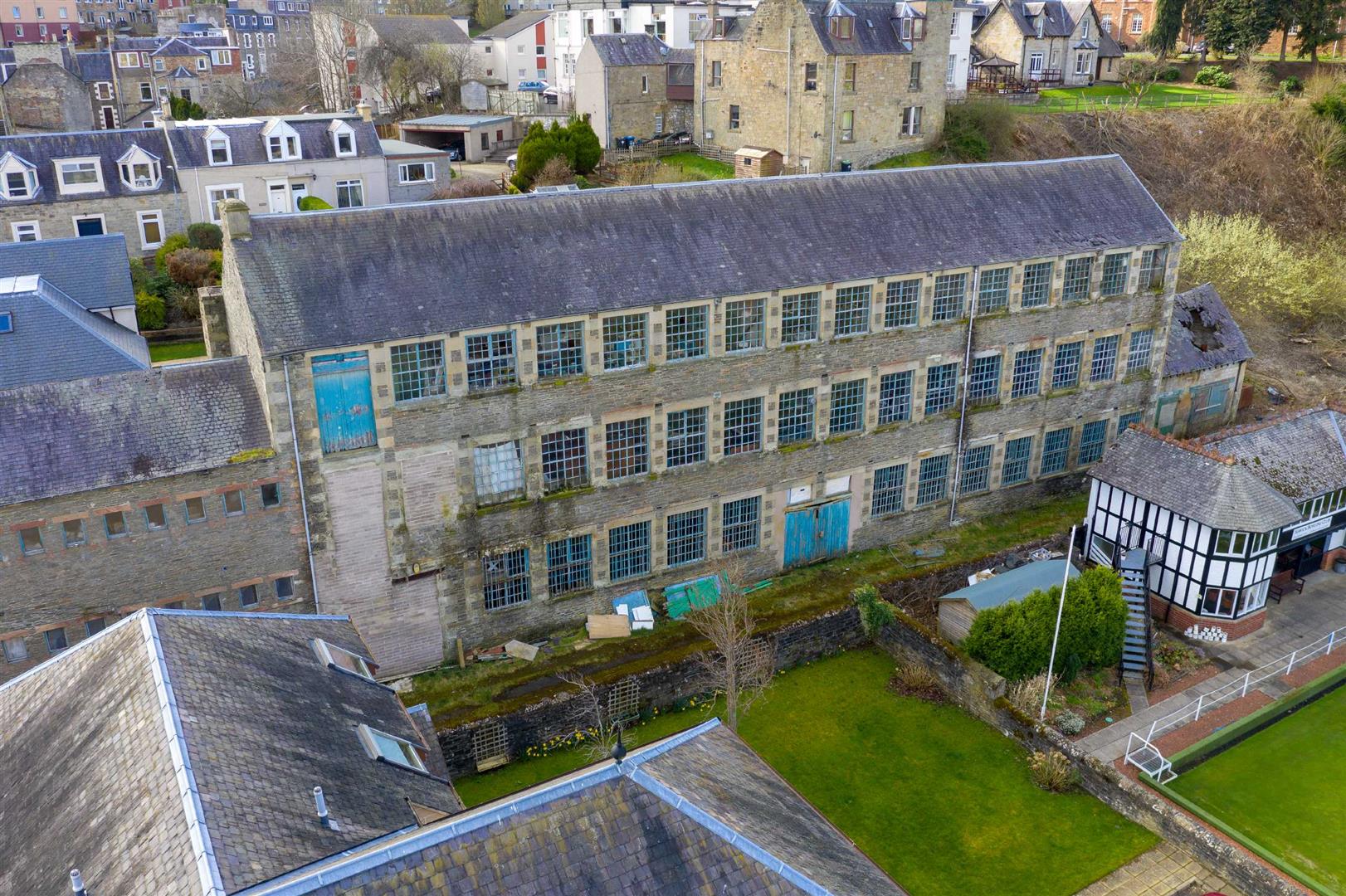 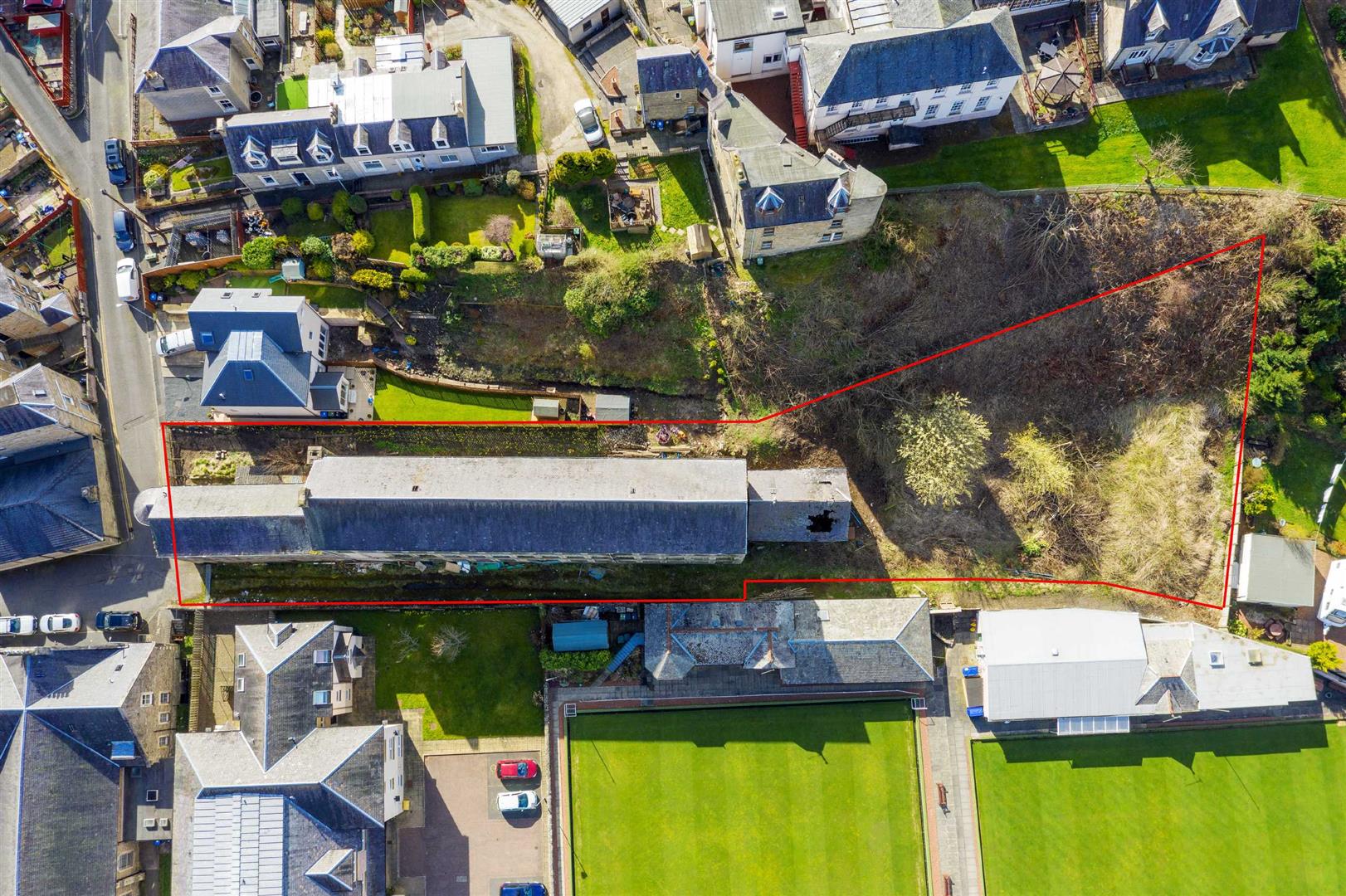 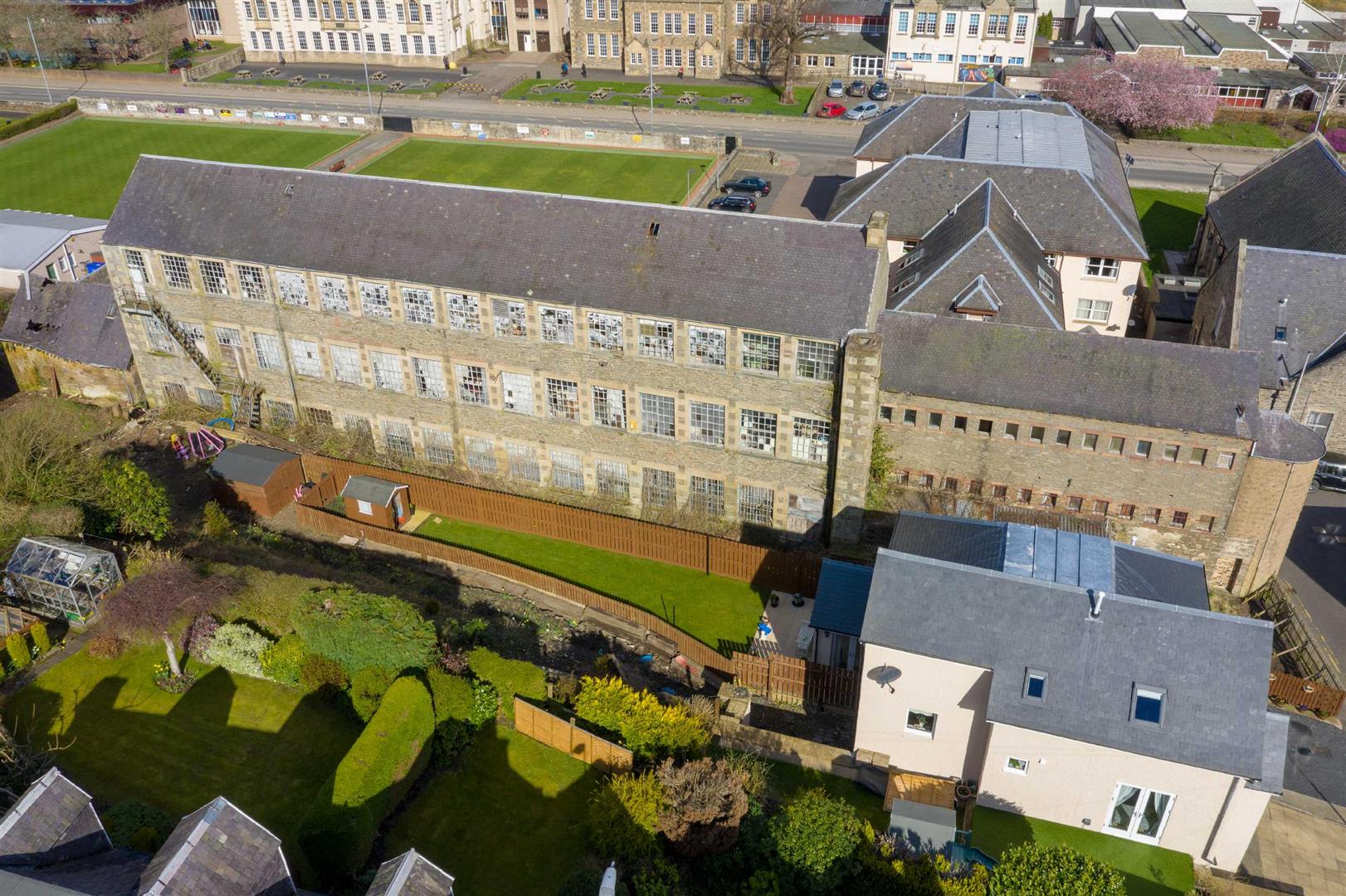 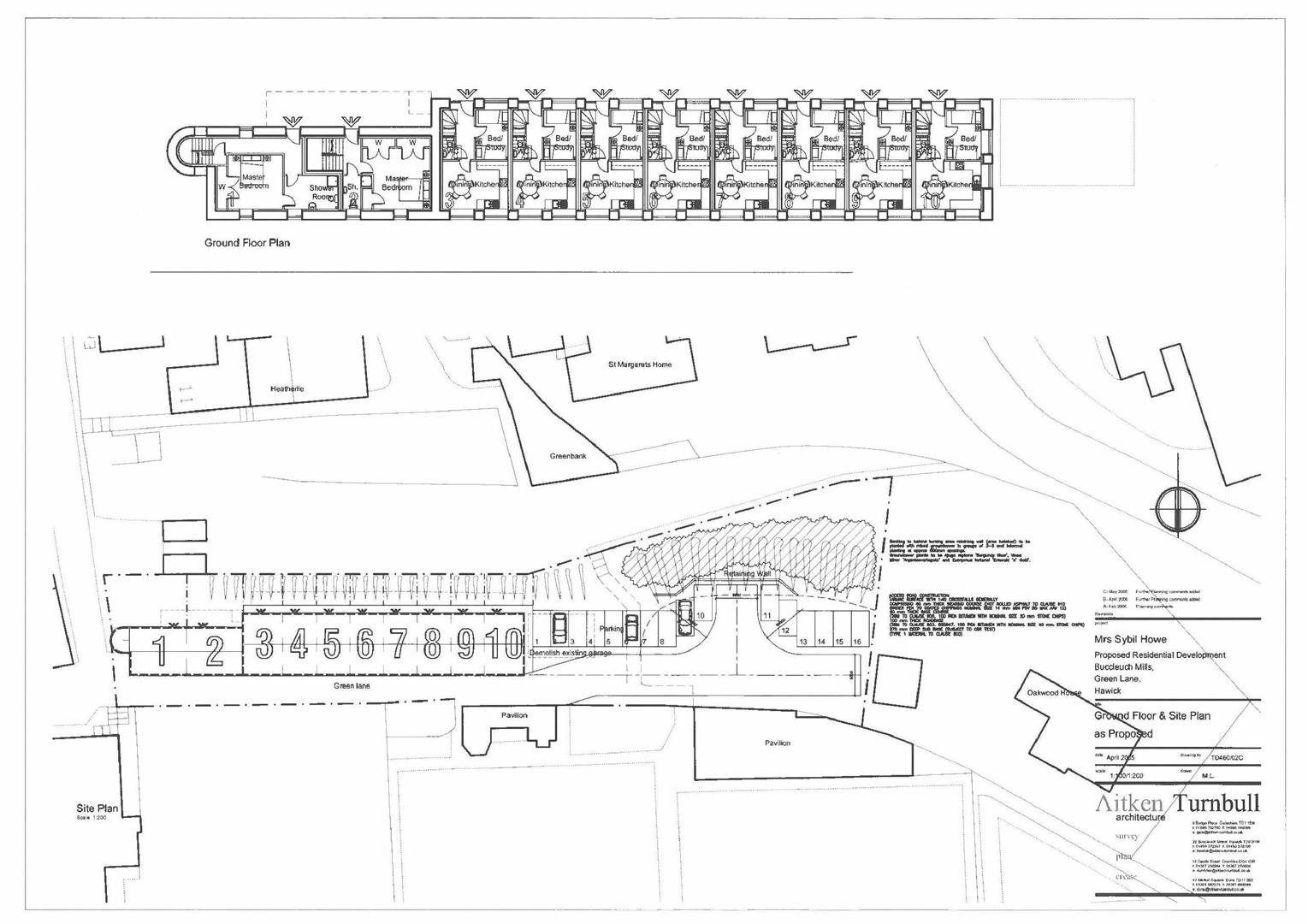 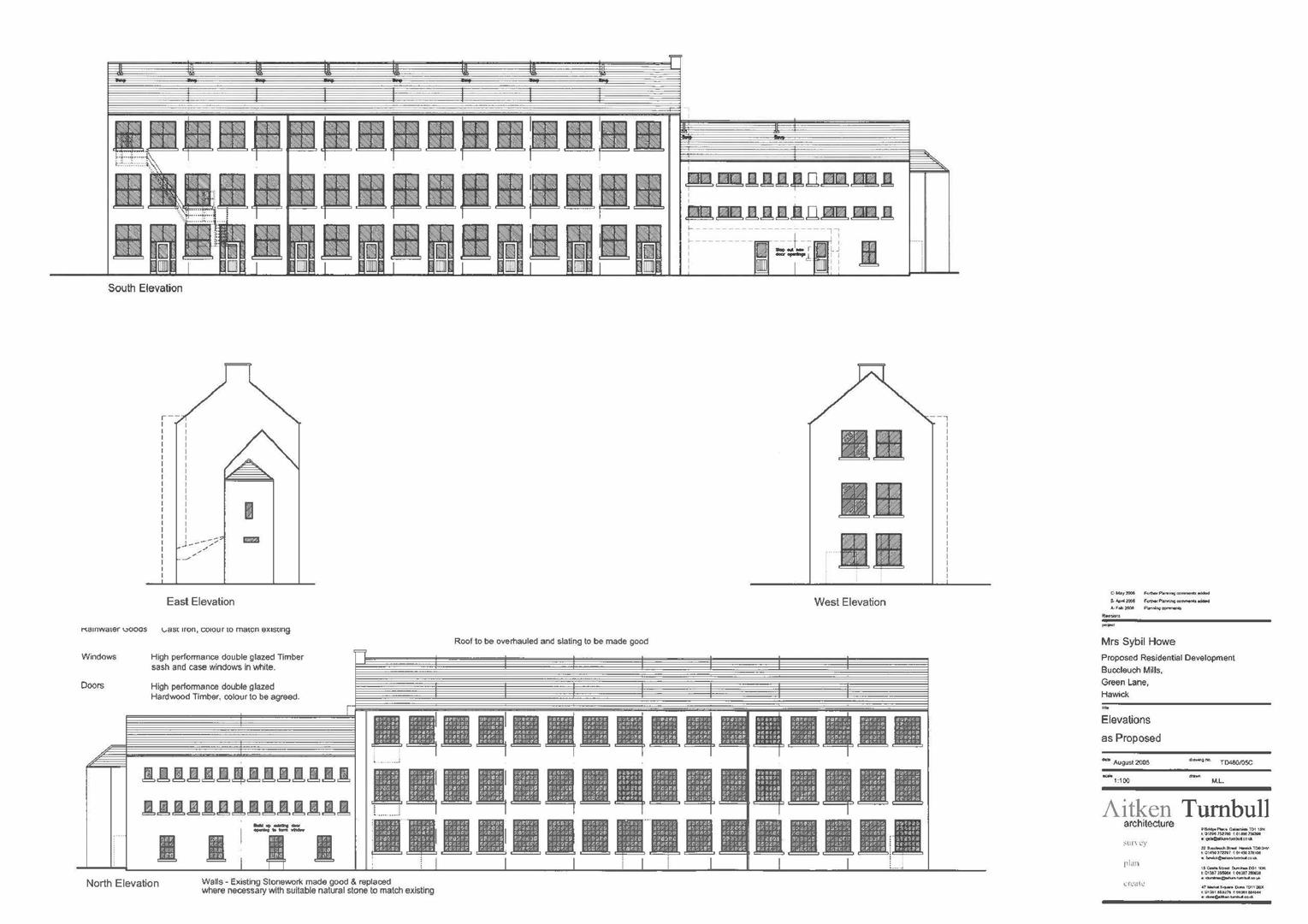 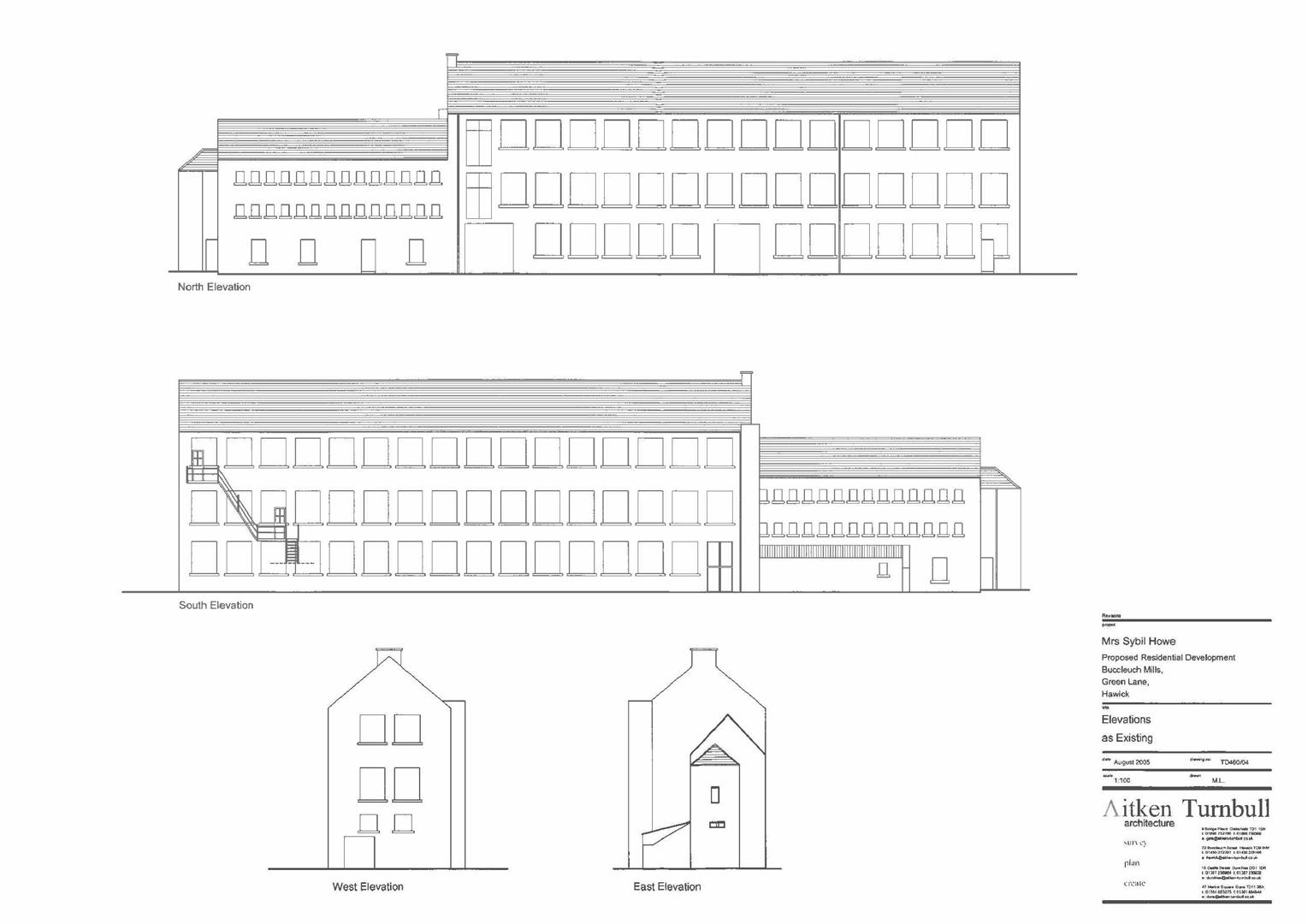 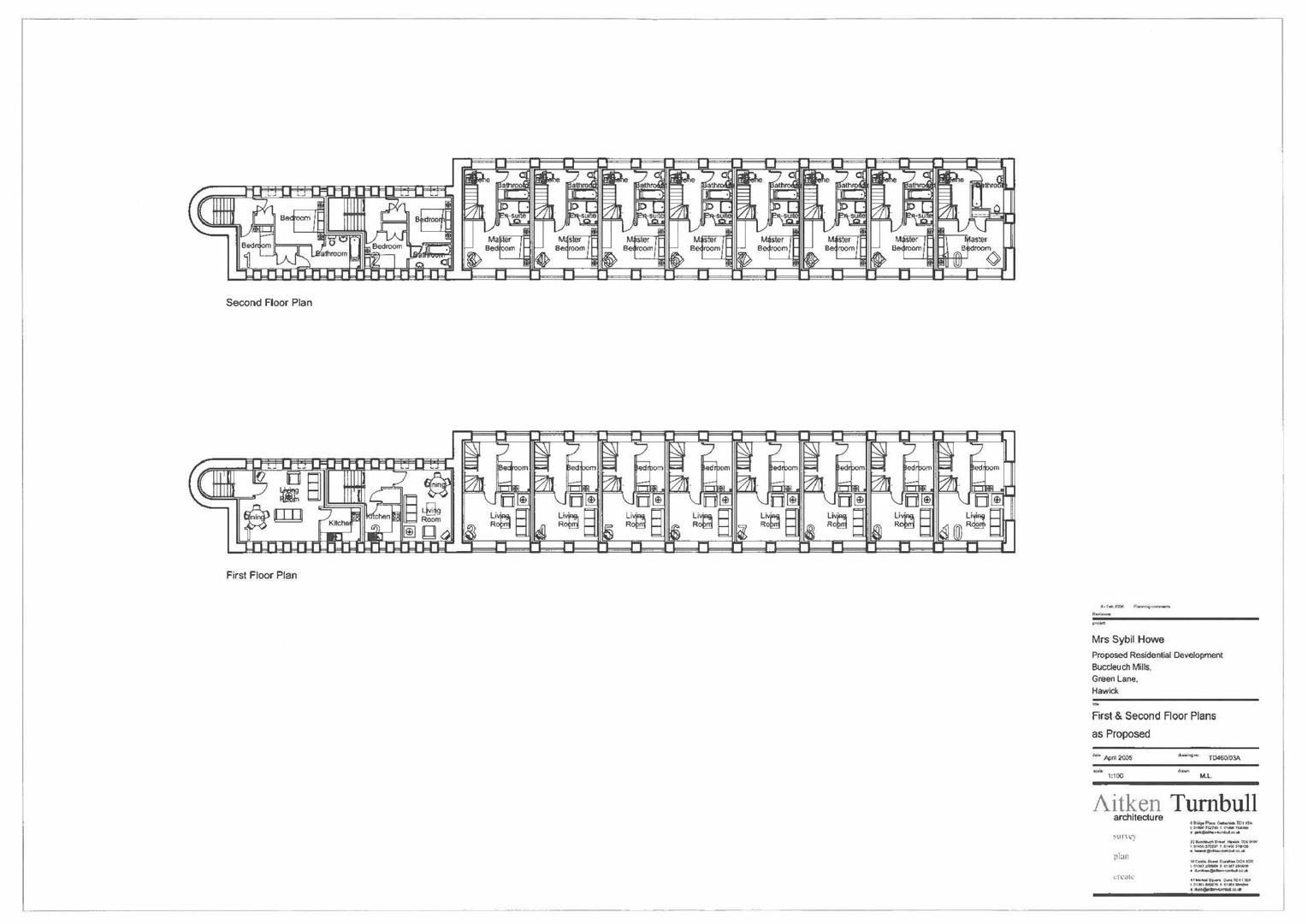 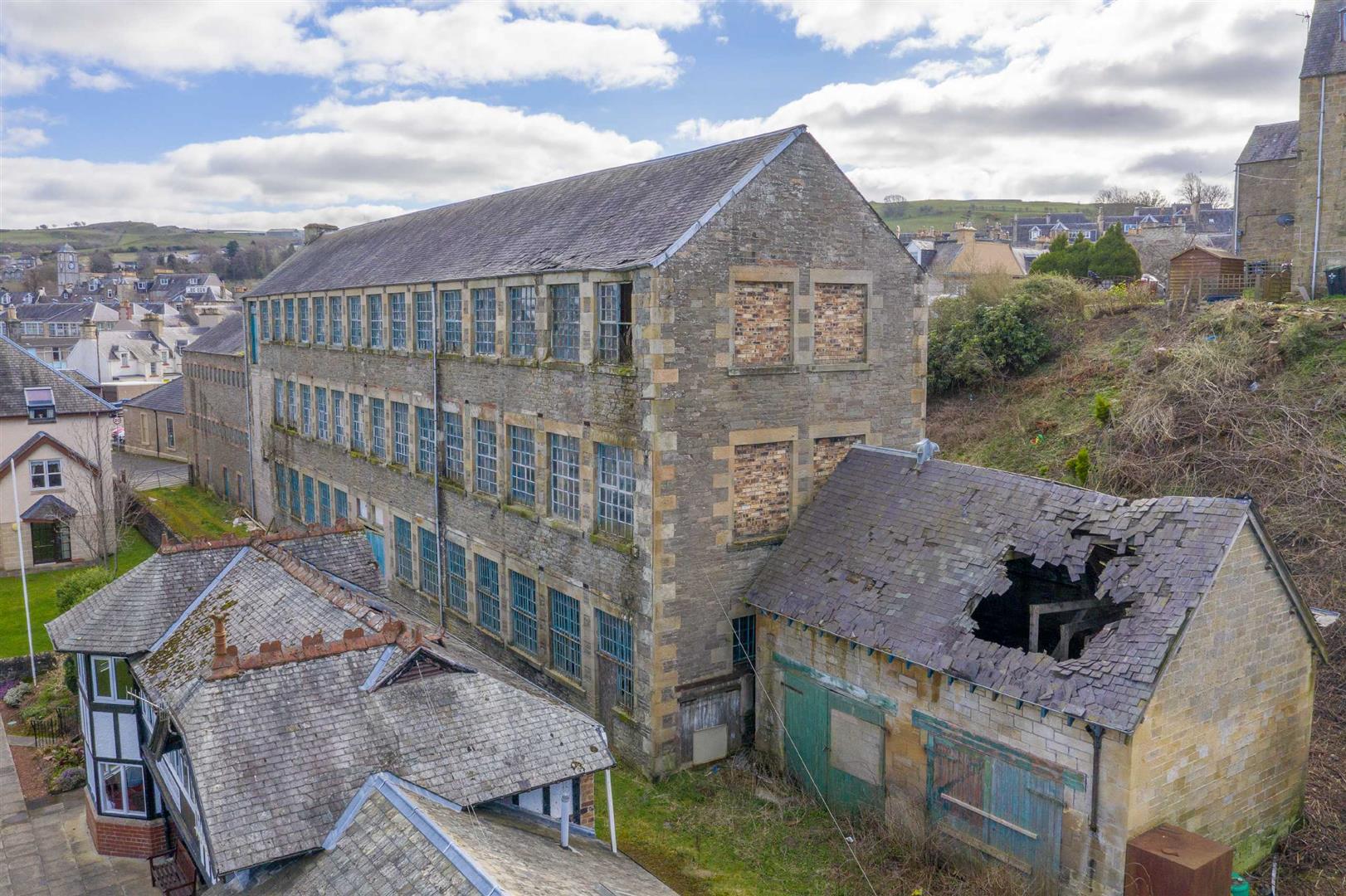 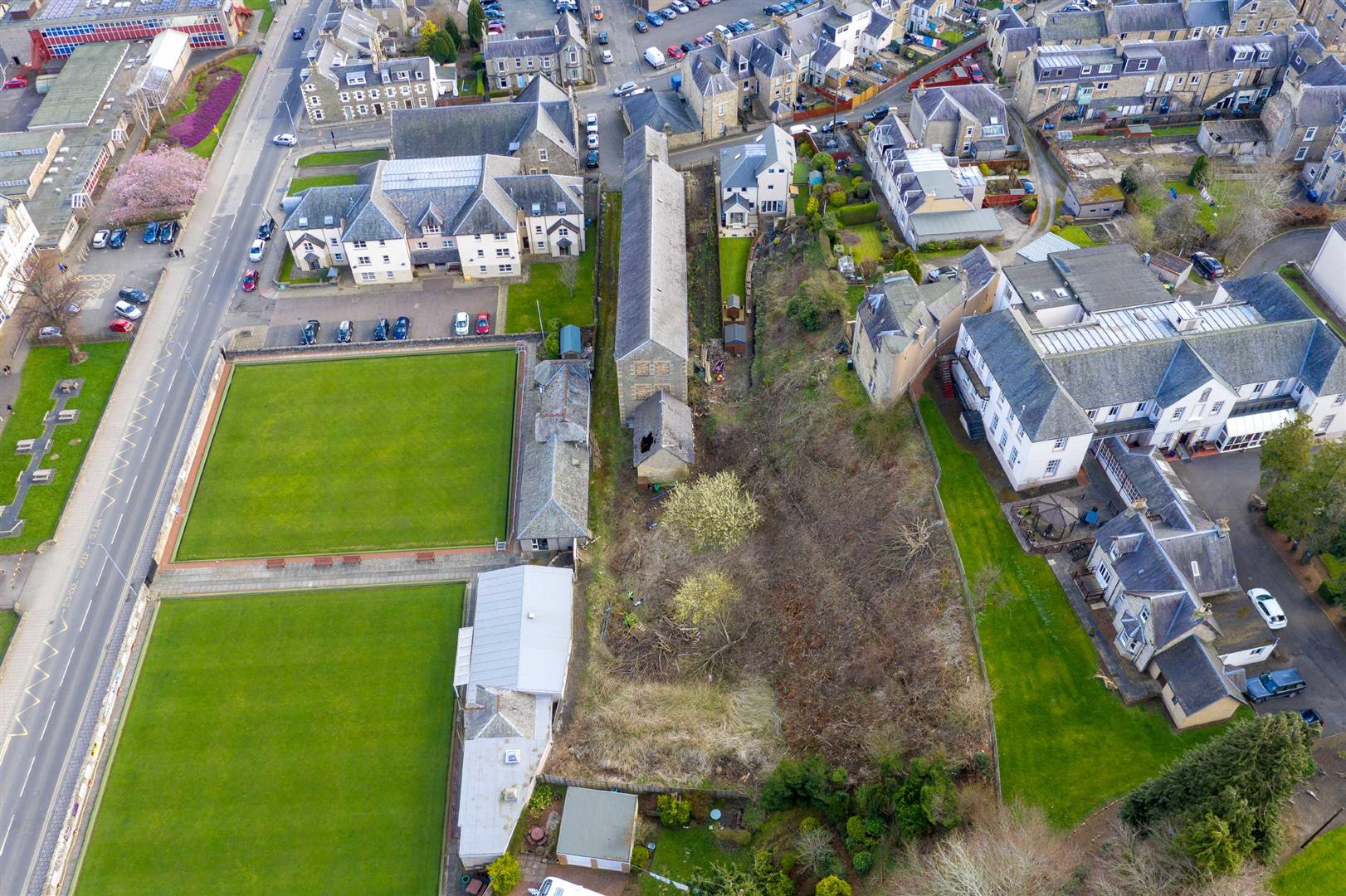 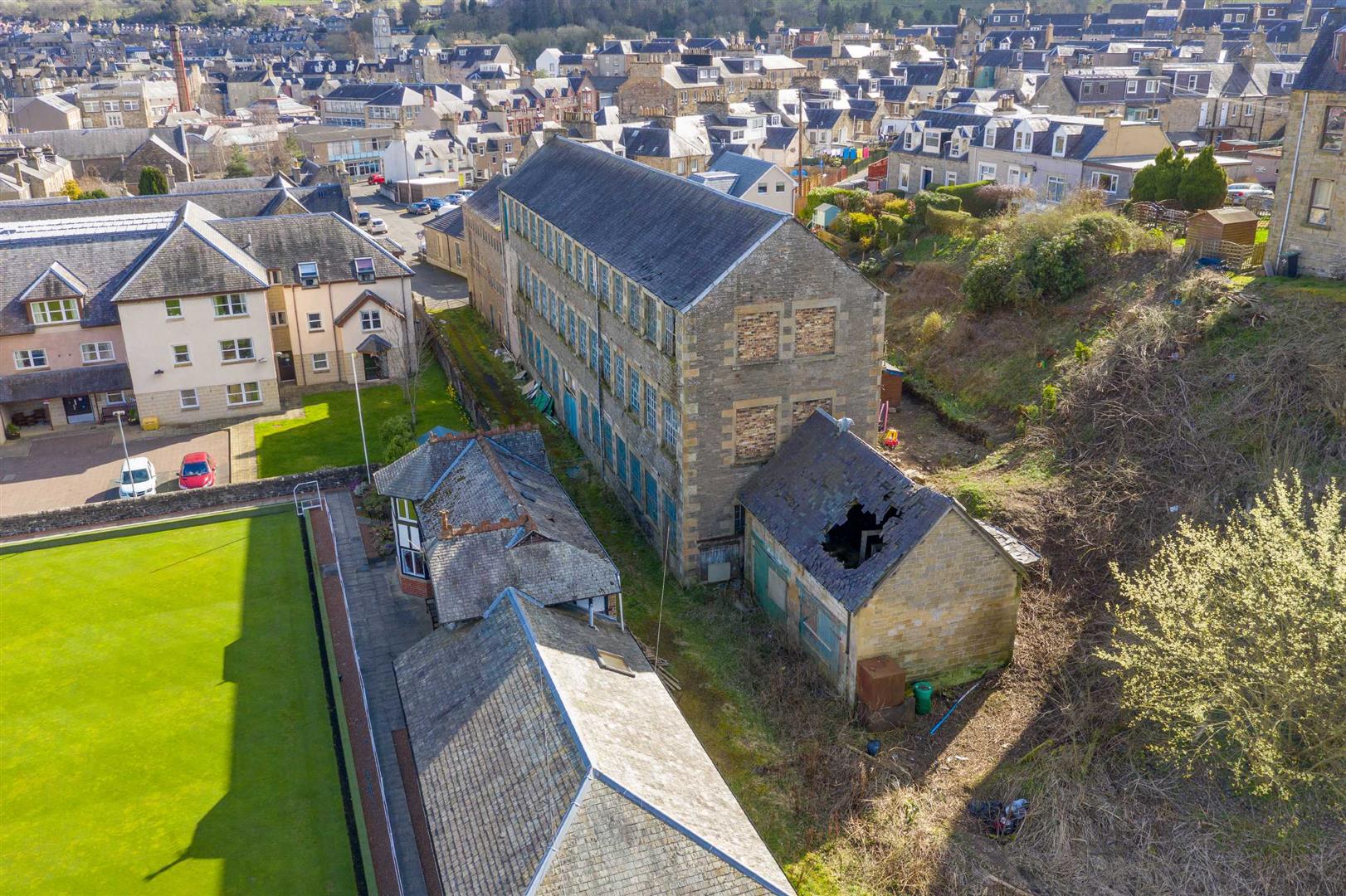 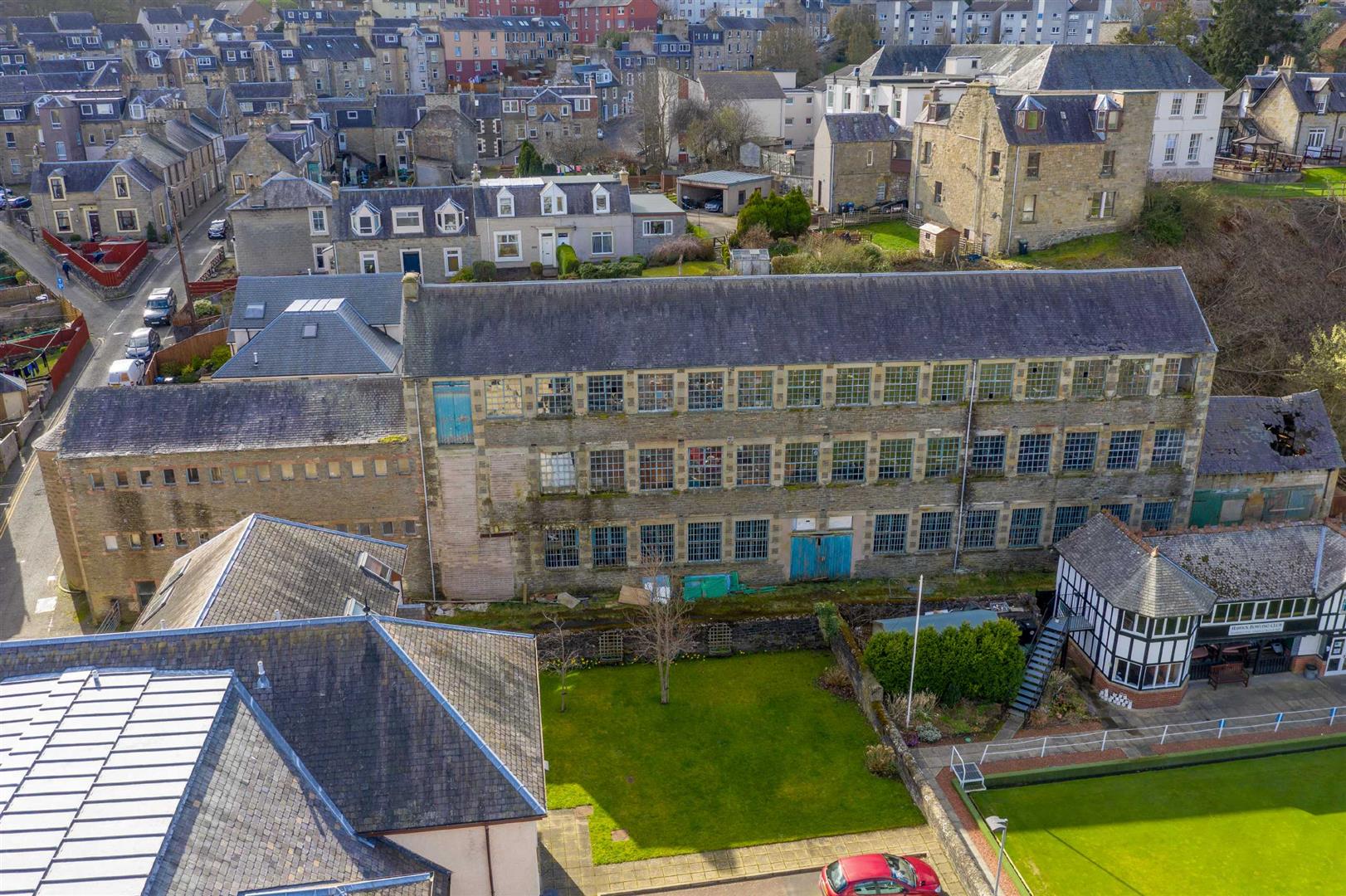 Summary
Features & Downloads
Ref
2347
Availability
Sold STC
Bedrooms
0
Bathrooms
0
Reception Rooms
0
Brochure
Brochure 1
Council Tax Info
Click here
Location Map
Property Enquiry
Share this Property
Back to search
Property Description
A unique opportunity has arisen to purchase a former Hosiery Mill in the centre of Hawick. The development has been previously backed by Scottish Borders Council for ten 3 bedroom dwellings with private parking, but could easily be adapted for many other residential or commercial uses, subject to planning. (Previous planning application drawings available) The property which sits on over half an acre of land is located adjacent to Hawick and Buccleuch bowling club and the High School, and just a stones throw away from the newly regenerated Wilton Lodge Park.

Hawick
Known for many years as The Queen of the Borders, and situated at the confluence of the Rivers Slitrig and Teviot, Hawick is the largest of the Border towns. Frequent winners of national floral awards, and famous world-wide for its quality knitwear, Hawick is part of The Cashmere Trail and is the major centre for the industry in the Borders. There is a large range of major supermarkets in Sainsburys and Morrisons, a very recently re-built Lidl, an Aldi in construction, and a large Iceland and Farmfoods. A Homebase and Argos are also beneficial to the town, along with a large leisure centre facility for families and kids alike, with many other sports facilities throughout the town. Hawick boasts the award winning Wilton Lodge Park which lies on the River Teviot, and is currently enjoying a £3 million pound regeneration, which includes a new cafeteria and footbridge, together with a new external 3G sports pitch and tennis courts. The park extends to some 107 acres, with many walks, recreational facilities, walled garden, Hawick Museum and Scott Gallery. The town is also famous for rugby, and boasts many fine golf courses throughout the area. For dining out, Hawick has a wide range of options, including French, Italian, Chinese and Indian eateries, with the Mansfield House Hotel, and Mansfield Park providing space for bigger functions and weddings. Many traditional events are held in the town during the year, including the annual Common Riding and Reivers Festival, which draws in many tourists from outside the area. Another attraction is the new multi million pound distillery recently opened.

Directions
Entering Hawick on the A7 from the South, turn right at the High School on to Beaconsfield Terrace. Take an immediate right onto Morrison place, and the property sits straight ahead.

Other Information
The property sits on approximately 0.51 Acres, with mains drainage and water on site.
All previous architect drawings and information regarding previous planning applications are available upon written request, or can be viewed in our Hawick office.

Legal: We are registered by the Scottish Government and our Letting Agent Registration Number is LARN1905053